Written by KingCnote on December 2, 2019

Billie Eilish has Drake’s number in her contacts.

She revealed to Vanity Fair, (quote) “Drake is like the nicest dude I’ve ever spoken to. I mean, I’ve only like texted him, but he’s so nice.”

Her followers expressed concern that Drake is texting with a 17-year-old. He’s also been contact with 15-year-old Millie Bobby Brown.

Maybe Billie Eilish thinks the texts are innocent, but sirens went off for her followers who have been creeped on by older guys. One of them sarcastically tweeted, (quote) “Normal behaviour of Drake to be texting underage teenagers all the time. Your fave is very good and not at all predatory.” 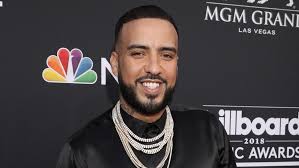