The team behind the Freddie Mercury bio-pic Bohemian Rhapsody plans to adapt the Broadway musical, Jersey Boys for a streaming service. They’re negotiating with Nick Jonas to star in the lead role of 60s singing heartthrob Frankie Valli. (Deadline)

Back in September, Armie Hammer hooked up with writer Jessica Ciencin Henriquez. On Monday, she authenticated Armie’s freaky texts about drinking lovers’ blood and bondage (quote) “If you are still questioning whether or not those Armie Hammer DMs are real — they are — maybe you should start questioning why we live in a culture willing to give abusers the benefit of the doubt instead of victims.” (E! News)

Selena Gomez nears finishing a Spanish-language album. Promotional posters have popped up in public for two songs, “De Una Vez” (At Once) and “Baila Conmigo,” which translate to “Dance With Me.” Selena may release the tunes before the end of the month.

Dr. Dre Remains In ICU A Week After Hospitalization For Brain Aneurysm 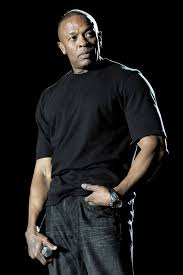