THIS WEEK IN HIP HOP HISTORY: KRS-1 AND THE STOP THE VIOLENCE MOVEMENT RELEASED “SELF DESTRUCTION” 28 YEARS AGO

On this very same weekend in 1989, KRS-1, as a apart of the nationwide “Stop The Violence” campaign, dropped the “Self Destruction” song and video to combat the rise in gun violence around the country.

The death of a fan at a BDP/Public Enemy concert in 1988, which followed the murder of Boogie Down Productions DJ/producer and co-creator Scott “Scott La Rock” Sterling in the summer of 1987 were two of the principle catalysts that launched the Stop The Violence initiative. Kris recruited some of the top emcees of the era including Heavy D(RIP), Stetsasonic members Daddy-O, Delite, Wise and Frukwan, Kool Moe Dee, Doug E. Fresh, Just-Ice, MC Lyte and Public Enemy’s Chuck D and Flavor Flav. Rounding off the track with BDP’s D-Nice and Ms. Melodie(RIP), “Self Destruction” served as a reminder of the purpose of Hip Hop’s voice in the minds of the youth on both coasts. West Coast artists reflected that positive element with “We’re All In The Same Gang” featuring the “West Coast All Stars”, which included Eazy-E(RIP) and N.W.A., Digital Underground, Tone Loc, Ice-T, MC Hammer and several others. Tone Loc, Young MC and Shock G of Digital Underground(RIP) came to the Harlem video shoot for Self Destruction, which propelled them to create their version soon after.

With production assistance and expertise from the Bomb Squad’s Hank Shocklee and BDP’s D-Nice, KRS formed an All Star team of of his own with some of NYC’s best emcees who were willing to put down a positive preventative message for the hood. One of the stand out issues with the creation of “Self Destruction” was LL Cool J’s involvement in the project. The “B.A.D.” emcee was not allowed to appear on the song due to a restriction from his Def Jam label, but his commitment to the cause made him sit alongside MC Lyte during the recording sessions, helping her co-write her classic verse.

Funky fresh dressed to impress, ready to party
Money in your pocket, dying to move your body
To get inside you paid the whole ten dollars
Scotch taped with a razor blade taped to your collar
Leave the guns and the crack and the knives alone
MC Lyte’s on the microphone
Bum rushing and pushing, snatching and taxing
I cram to understand why brothers don’t be maxing
There’s only one disco, they’ll close one more
You ain’t guarding the door, so what you got a gun for?
Do you rob the rich and give to the poor?
Yo Daddy-O, school em some more

The commercial success was the icing on the cake for the Stop The Violence movement, which was a charity organization that donated all of the proceeds from the song to the National Urban League. With the song topping Billboard’s Hot Rap Songs chart for ten weeks straight and selling over 500K copies of the single, which qualified the song for certified gold status, that donation was well received by the Urban League. 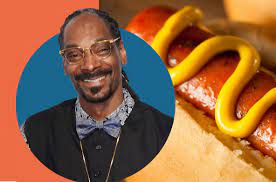