Ever since Ursula Andress took her sensuous stroll out of the surf at Dunn’s River Falls in 1962’s Dr. No, there’s been a love affair between the James Bond movies and the Caribbean.

And the sultry relationship continues right through the latest in the 25-film franchise, 2020’s No Time to Die, which like the original takes place party in Jamaica. (It’s slated for a premiere in November).

The pairing of a sleek British agent with a “license to kill,” and the laid-back tropics may seem incongruous at first glance. But Ian Fleming, the former intelligence officer who penned 14 James Bond books, had a home in Jamaica, and often featured the islands in his books, which inevitably made their way into the film adaptations, as well.

007 has a broad reach in the Caribbean — and you can travel to all of these destinations just by watching a Bond film right now.

Jamaica: The most 007 address in Jamaica is Goldeneye, Ian Fleming’s former home in Oracabessa that’s now a beautiful boutique hotel, part of Chris Blackwell’s Island Outpost group. Among the lodging options is the Fleming Villa, designed by the author himself and where he wrote all of his James Bond books — four of which were set at least in part in Jamaica. GoldenEye, by the way, was named after one of Fleming’s wartime intelligence missions.

Dr. No introduced the world to Sean Connery as 007 and Andress as an iconic Sixties sex symbol, clad in an unforgettable belted white bikini complete with diving knife as she met James Bond on the fictional Crab Key — in reality, Dunn’s River Falls and Laughing Waters Beach.

In fact, most of the movie was set and filmed in Jamaica, with many locations still recognizable more than half a century later, including the Bauxite terminal in Ocho Rios, Kingston, the Blue Mountains, the White River, Montego Bay, the Morgan’s Harbor Hotel in Port Royal (now the Grand Port Royal Hotel), and the former San Souci resort, now Couples San Souci (Roger Moore’s room was D20).

Sans Souci’s lobby, gift shop, hibiscus cottage, spa terrace, main beach and entrance all have cameos in Live and Let Die. And even the underground lair of the title character in Dr. No —where Bond destroys to prevent an attack on an American space capsule — is located in Jamaica in the story.

Another villainous hideout, that of Mr. Kananga in 1973’s film version of Live and Let Die, also has Jamaican roots: scenes were filmed in the Green Grotto Caves in Runaway Bay. A villa (Cottage 10) at Half Moon (then the Half Moon Bay Club) was James Bond’s (Roger Moore’s) hotel room during his visit to the fictional island of San Monique in Live and Let Die, where 007 confronted snakes, a villainous waiter, and a beautiful double agent — as well as spending the night with Rosie Carver. Cottage 10 remains at the Founders Cove section of Half Moon and can be reserved by guests.

The Jamaican Safari Village near Falmouth is where the scene where several bad guys are dispatched in a pool full of alligators (the attraction is now known as the J. Charles Swaby’s Black River Safari). And the grounds of the Rose Hall Great House also featured in several scenes in the movie, including a memorable chase through poppy fields.

James Bond will return to Jamaica in 2020’s No Time to Die, which was partially filmed in Port Antonio, where the storyline has Bond (Daniel Craig) retiring after years of hard service in the British intelligence agency MI6. There’s also some speculation that the film may include the reincarnation of Dr. No, complete with his Jamaican hideout at “Crab Cay.”

The Bahamas: Nassau and several other Bahamas locations also have made repeat appearances in James Bond films over the years, and original James Bond actor Sean Connery is a longtime resident of Lyford Cay, a gated community on the western tip of New Providence Island, where Nassau is located.

As Bond, Connery visited the British Colonial Hilton in downtown Nassau in not one but two films: Thunderball and the off-brand Never Say Never Again. The unmissable yellow-walled beachfront hotel retains much of the colonial charm evident in the movie. (Some underwater scenes in Thunderball were also filmed in Exuma at the now-famous “Thunderball Grotto.”

Other instantly recognizable Nassau locations are all over Thunderball, which includes a Junkanoo parade on Bay Street. The original Cafe Martinique where Bond meets baddie Largo and Bond Girl Domino is long gone, but you can visit a reproduction in the Marina Village at the Atlantis resort on Paradise Island. Nassau also makes an appearance in The Spy Who Loved Me — the dramatic final showdown was shot at Coral Harbor. Oddly, however, scenes in License to Kill that were supposedly set in Bimini were in fact shot in Key West.

Daniel Craig’s James Bond spends a lot of time on Paradise Island in 2006’s Casino Royale, which features scenes shot in the lobby of the then-One&Only Ocean Club (now the Four Seasons Ocean Club) as well as one of the resort’s beach villas (#108), where Bond seduces Solange, the girlfriend of movie villain Dimitrios. The poker game in the movie was filmed in the resort’s library. The neighboring Atlantis resort and the Nassau airport also appear in the film.

The Bahamas also served as a shooting location for the Roger Moore 007 film For Your Eyes Only (the memorable underwater speargun fight) and for The World is Not Enough (the underwater submarine scenes), which starred Pierce Brosnan.

And there’s even a rum distillery. Sort of. The opening scene of Casino Royale is set in Madagascar but actually filmed in The Bahamas, with the “Nambutu” Embassy scenes filmed at what is now the John Watling’s Distillery. 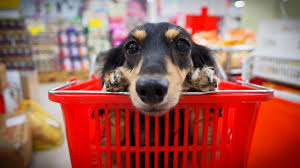