A random 2016 appearance with her mother on Dr. Phil turned this bratty Florida teen with a nasty mouth (“cash me outside, how ’bout dat?”) into a viral sensation and then a hit rapper with endorsement deals and a reality TV series.Born 2003

The singer-songwriter (“One Last Song,” “Too Young”) was a losing contestant on American Idol.Born 1989

All-Pro outside linebacker who was drafted second overall by the Denver Broncos in 2011. He quickly emerged as one of the NFL’s most dominant defensive players with thirty sacks in his first two seasons. He was named MVP of Super Bowl 50 after helping lead the Broncos to victory over the Carolina Panthers.

He was the NCAA sacks leader while playing with Texas A&M University in 2009.

The English actress has twice been nominated for Oscars: Best Actress for Pride and Prejudice in 2006 and Best Supporting Actress for The Imitation Game in 2015. Her other movies include Begin Again, Collateral Beauty, Everest, Jack Ryan: Shadow Recruit, Anna Karenina, Atonement, the Pirates of the Caribbean series, Love Actually, A Dangerous Method, Seeking a Friend for the End of the World and Bend It Like Beckham.Born 1985

The comedy actress’s many films include Blockers, How to Be Single, Knocked Up, The Other Woman, The Bling Ring, This Is 40 and The 40 Year-Old Virgin. She is married to producer-writer-director Judd Apatow.Born 1972

The Hall of Fame running back played with the Raiders and Chiefs.Born 1960

The Aerosmith singer and onetime American Idol judge is the father of actress Liv Tyler.Born 1948

The Supremes were the most successful American recording act of the ’60s. Starting with “Where Did Our Love Go,” the Detroit trio’s 12 number-one hits trail only The Beatles for the decade and led to their 1989 induction into the Rock and Roll Hall of Fame. After receiving top billing in the group, Ross left it in 1970, making movies (her portrayal of Billie Holiday in Lady Sings the Blues got her a Best Actress Oscar nomination) and hit singles, including “Love Hangover.” “Upside Down” and (with Lionel Richie) “Endless Love.”Born 1944 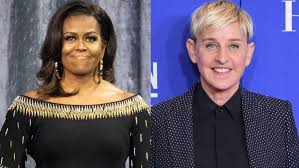