Controversial rapper with top hits such as “”Freak Bitch” and “deadlocs.” He released an EP called Two Coccy and premiered songs called “Thotiana” and “Next Big Thing” on WorldStarHipHop.

Rising star of the underground hip-hop scene who came to prominence with several well-received mixtapes and a growing following on YouTube.

Joan‘s daughter has covered red carpets with her mom for E! and the TV Guide Channel, and appeared on I’m a Celebrity…Get Me Out of Here and The Celebrity Apprentice: Season 2.Born 1969

Young Artist Award-nominated American film and television actress who became known for her role as Dionne Davenport in the classic comedy movie Clueless and the TV series of the same name.

Actor (TV’s Backstrom, The Office and Six Feet Under; The Rocker, Juno)Born 1966

The son of actor Fernando Lamas is best known for his TV roles on The Bold and the Beautiful, Falcon Crest and Renegade. He’s also done reality TV and low-budget action movies.Born 1958 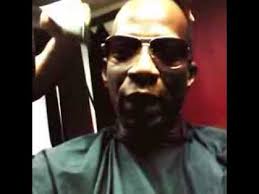