The ukulele-playing singer won America’s Got Talent: Season 11 at age 12. She released her debut EP in December 2016.Born 2004

Actor (TV’s High School Musical 1-3 and The Bold and the Beautiful; Love and Basketball)Born 1990

The 2007 National League batting champion and NLCS MVP with the Colorado Rockies signed a seven-year, $120-million contract with the St. Louis Cardinals in January 2010. In December 2016, the outfielder signed a one-year deal with the New York Yankees for considerably less. He retired after playing for Colorado in 2018, and is now a coach at Oklahoma State University.Born 1980

The New Orleans Saints’ five-time Pro Bowl quarterback led his team to a 31-17 victory over the Indianapolis Colts in Super Bowl XLIV following the 2009 season and was named its Most Valuable Player.Born 1979

She won the Best Actress Oscar and Golden Globe in 2019 for If Beale Street Could Talk to go along with her three Emmy Awards. Her credits include This Christmas, Ray, How Stella Got Her Groove Back, Jerry Maguire, A Cinderella Story, Daddy Day Care, Poetic Justice and TV’s The Leftovers, Southland, American Crime, 24 and 227.Born 1971

The younger brother of Rob Lowe and ex-husband of Oscar-winner Hilary Swank has appeared on TV’s 24, Now and Again, Life Goes On (for which he won an Emmy), Spencer and Pretty Little Liars.

“I have a dream that one day this nation will rise up, live out the true meaning of its creed. We hold these truths to be self-evident, that all men are created equal.” The civil rights leader, a Nobel Prize winner, was assassinated in Memphis in 1968. His birthday is now celebrated as a national holiday. Died Apr 4, 1968 at 39 – Born 1929 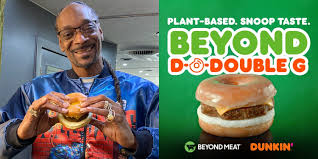