She won a Golden Globe for starring in TV’s Jane the Virgin.Born 1984

Actress (TV’s My Name Is Earl; I Love You, Man, Not Another Teen Movie)Born 1977

The Lincoln, Nebraska native has two Best Actress Oscars: for Boys Don’t Cry in 2000 and Million Dollar Baby in 2005. Her other films include Amelia, Conviction, P.S. I Love You, The Black Dahlia, Logan Lucky and The Next Karate Kid. Her TV credits include Trust, Beverly Hills 90210 and Leaving L.A. She was formerly married to actor Chad Lowe.Born 1974

The actress (Zoolander, The Wedding Singer, The Brady Bunch movies; TV’s Party Girl) was married to Ben Stiller. They separated in 2017.Born 1971

Australian-born actor (TV’s The Mentalist and The Guardian; The Devil Wears Prada)Born 1969

The onetime NFL defensive end and linebacker became an actor on such TV series as Everybody Hates Chris, Brooklyn Nine-Nine and Are We There Yet? He hosted the game show Who Wants to Be a Millionaire and was the subject of a reality series (The Family Crews). His films include Friday After Next (2002), White Chicks (2004), Idiocracy (2006) and the Expendables series.Born 1968

Actress (Bandslam, Romy and Michele’s High School Reunion, The Opposite of Sex, Analyze This, Analyze That; TV’s Friends, Web Therapy)-producerBorn 1963

Actor (Ride Along, Man of Steel, Predators, 21, The Matrix series, What’s Love Got to Do With It, Boyz n the Hood, School Daze, Apocalypse Now; TV’s Hannibal, CSI: Crime Scene Investigation and Pee-wee’s Playhouse)-director (Once in the Life)Born 1961

The Austrian bodybuilder became an actor (The Terminator movies, The Expendables movies, Predator, Collateral Damage, Twins, Kindergarten Cop, The Last Action Hero, Batman & Robin, Conan the Barbarian and Conan the Destroyer) and then an entrepreneur, California governor (2003 – 2011) and husband of Maria Shriver (1986 – 2011).Born 1947 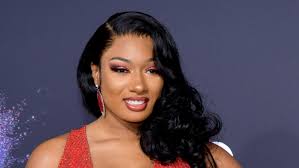