The swimmer, who holds numerous speed records, has won more Olympic medals than anyone in history, 28 — 23 of them gold. His eight medals at the 2008 Beijing Games is a record for a single Olympics. Born 1985

The winner of American Idol Season 3 is the first solo artist in the history of the Billboard Hot 100 to make her first chart appearance by debuting at number-one (“I Believe”). She has been the subject of a television bio-pic, has her own reality TV series (Fantasia for Real) and starred in the Broadway musical The Color Purple.Born 1984

The TV and movie (The Night Before, Hot Tub Time Machine) actress left behind comedy in her breakthrough role, as Virginia Johnson in the cable series Masters of Sex.Born 1982

The heavyweight champ retired with a record of 50 wins (44 by knockouts), 6 losses and 2 no contests.Born 1966

English TV (Sherlock, The Family, The Forsyte Saga) and movie (Death at a Funeral) actor.Born 1963

After a memorable turn in Full Metal Jacket, he built a strong film career before moving to television to star in Law and Order: Criminal Intent.Born 1959 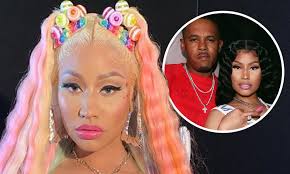